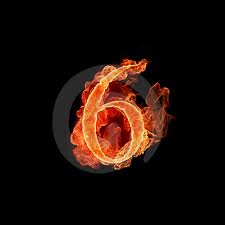 VULVA! Strong Enough For A Man, But Made By A Woman.

In this, the 6th episode of The Last Podcaster Standing,

Joe updates the previously podcasted story of Boo, the boy whose mother sent him to school dressed as teen Scooby sleuth Daphne…  And no, he’s NOT gay!  Or a ninja.  The guys are fascinated and marvel at Grant’s 70’s porn stache, and beg for free rides, to which he politely declines.  Also, Grant, Ginger and Tom learn the meaning of “sex sells” in the advertising industry, when Joe exposes them to strange and unusual commercials from around the world.  For Tom, our resident conservative, this proves to be more than difficult as he initially is required to describe what he is seeing.  And, being both socially and verbally conservative, he struggles to find the right words to complete this task.  That is of course until he finally realizes what the hell he’s actually seeing.  Then he just can’t shut up!  Jason decides mastering the art of CPR may in fact be his true calling in life when he is exposed to a special training video, that would by all accounts, be a hit with any Human Resources department.

In headlines, scalping takes on a whole new meaning when power tools are involved, New Zealand finally responds to Ginger’s incessant bashing of them by “banning” him, commando kilt wearing being banned in the south leads the guys to discuss Grant’s kilt wearing habits, and a female boob doctor who’s not a doctor at all gets in trouble for feeling a few boobs… OH! And not being a female.  Also, we all hear parents say things like “if you touch my daughter I’ll…!” Well, one guy wasn’t kidding around.  He talked the talk and then proceeds to walk the walk.  And in our final story we discuss the positive side of being obese…  Y’know, like being able to hide half of a freaking department store in your fat rolls.  All in all just another podcast of the strange, the weird, the bizarre, the unspeakable and the unheard of.  Well, mostly unheard of.

Smell me and .com (Definitely NSFW)