The Geeks decide to go out and have a celebatory drink before Kyle loses half her body weight due to a breast reduction surgery that’s happening in less than 12 hours.

Things get out of hand and then we come back and decide to podcast about it.

Greetings and Salutations to you Exclusive 7 Days a Geek supporters! First of all, let me thank you, from all of us, to all of you for your continued support!

In this episode, Cole gets called out for being raciest white guy while slowly dying in the ER waiting room of a hospital. He soon discovers that he’ll be having emergency surgery, but not before the entire waiting room is seen before him. Shockingly, this has nothing to do with the aneurysm giving road rage he has toward plow drivers. Even in a blizzard!

Kyle shares that she may be having some heart problems which ties right into what Ginger shared at the top of the show.

Due to her very nice holiday gift of a hotel room away from the kids, Ginger goes full Hunter S. Thompson, swallows an extra pill while swigging bear. Going to the moon just isn’t enough so he takes on a visit from a special concubine and after all the excitment, he may have experinced a heart attack!

CUWTG 62: A Mooseknuckle, A Ghost, and A Stage Five Clinger Walk Into Our Bar

CUWTG 56: Shaking Hands With The Other Man

CUWTG 55: What Happened In Vegas Stays Behind The Paywall

On this episode Cole, Quad and Jay discuss their vacation, need for vacation, and possible blooming relationships. 2 of us are on the rise… Quad’s is failing miserably (Ha Ha Ha!!!)

CUWTG: A Rift Between Two Neighbors and "Surprise, I'm Pregnant!"

CUWTG: Beelzbub's a Brick and I'm Drowning (Part 2 of the Top 5 breakup songs) 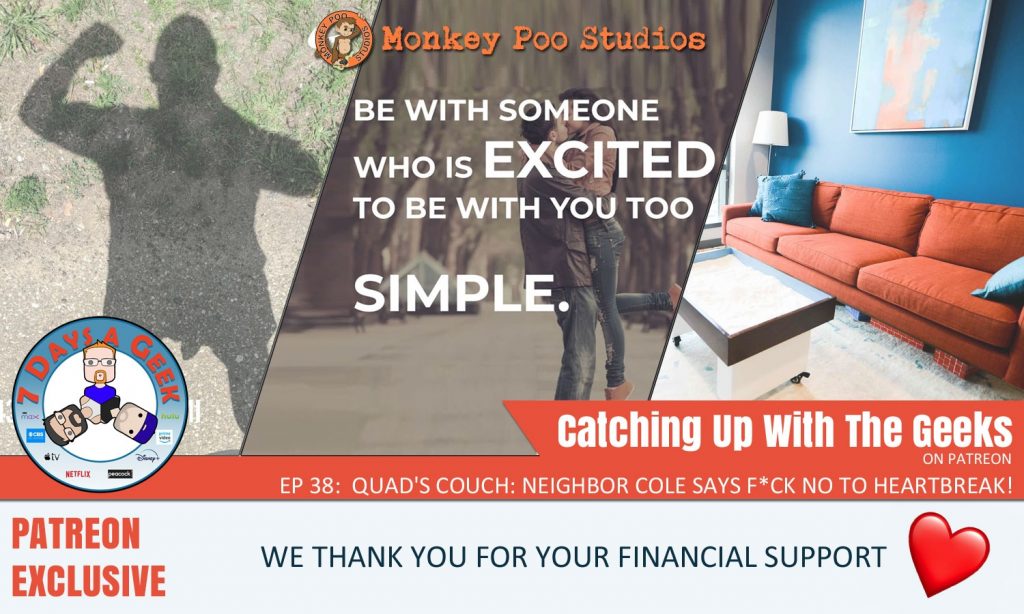 *Previously Aired as a Patreon Exclusive on Nov. 24th, 2020 as a bonus episode during the 7DAG 30 Days of Podcasting*

Why give you a synopsis when you’re already rivited from the title alone!? Just press play!!! 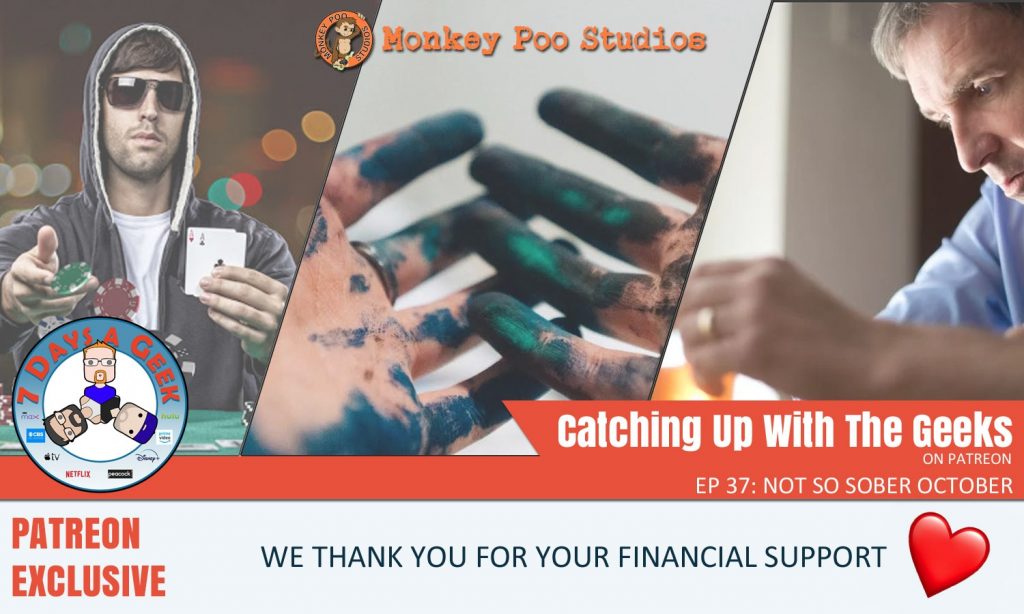 CUWTG: Not So Sober October

*Previously aired as a Patreon Exclusive episode on Oct. 3rd, 2020 as a bonus episode to 7 Days a Geek Ep 37: Short and Sweet …till Podtoberfest*

In this episode, we are burdened by home improvements and we paint you a picture of it! Quad bets it all. He reveals what he really meant about “The Mole App”. Neighbor Cole struggles with his decision to drink… while contemplating into the suds of the amber glow… he swallows his truth. He’s not an alcoholic so he can drink if he wants to! Does he break the Sober October rules? Can he TRULY keep Ginger Sober no more? 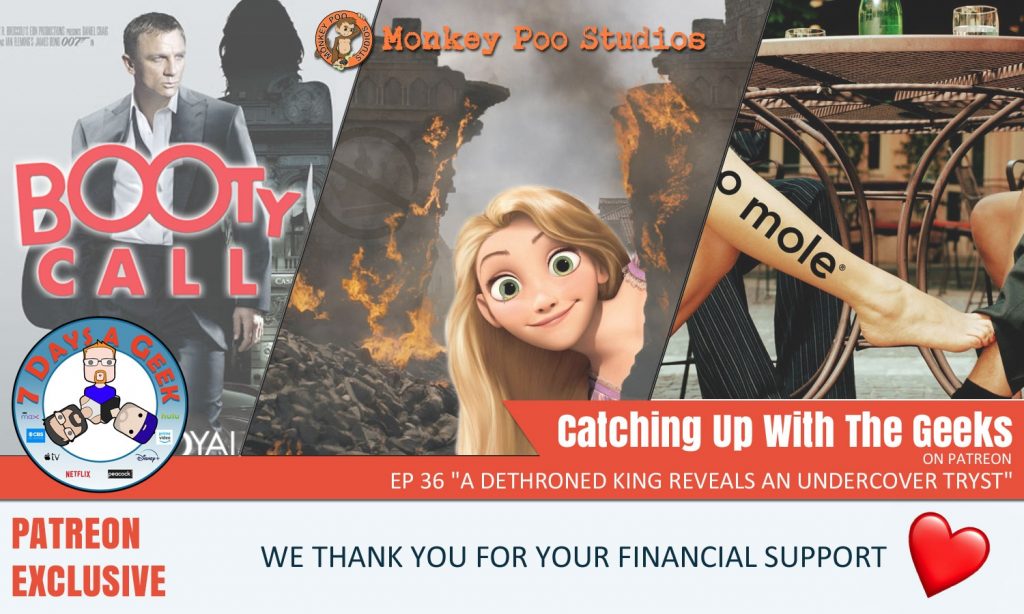 Welcome back patrons of the geeks! In an almost instant continuation from the ending of Episode 36: I’ll Drink & Get Sober and Call You George, we delve deeper into the Headlines that we shared. The Angry Ginger is stalked by the local jogging trail squirrel union 406, but don’t fret, he’s got the Eye of the Tiger as he goes for his personal best! Neighbor Cole returns with the conclusion to the King of the F*** Castle Chronicles. He then decides to turn coat and go double agent as he becomes Dr. No to Ginger’s James Bond as he goes on a full villain monologue. Will Ginger’s Secret Sexual Wedding Tryst stay a secret? Does anyone notice his disappearance? Do they get home safely? Are they still friends? Tune in now to hear the full story and get all of your questions answered!

But wait… there’s more! The wheelchair ramp into Monkey Poo Studios just added some diamond plating for Quads substitute host. That’s right the 3rd Mic had to call it a night just after we wrapped the main episode so, Diamond Dave, from the Podcast Without Bounds show, joins us and fills in those handicapped shoes nicely!