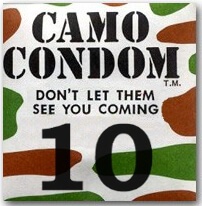 In this the 10th episode of The Last Podcaster Standing,

We have decided to let YOU the listener, do the write up. The write up can be as long or short as necessary to provide a brief overview and tease of the episode. So have at it! Have a go at us! Send your write up to thelastpodcaster@gmail.com. After 1 week, we will post the best submission into this space as the “official write up”. If we have not received one within that time… That would suck… Then I would have to do it… And you can read how well that’s worked out so far… So write something already and send it to us! – TK1

So here it is! The one (AS IN LITERALLY “1”) submission for our write up contest! Which means an instant win by default for The Google Goddess. Thanks Steph.

Welcome to this, our 10th episode of The Last Podcaster Standing!! (Que trumpets!)

This time TK1 has stepped aside and let us, the fans do the episode write up.
I think TK1 just wanted a break this episode so he offered a contest so he could pawn off his responsibilites to an adoring fan. Lucky me. {TK1—>This is so true. I want to deny it. But I can’t because it’s true.}

This episode is full of the usual antics which are this time centered around headlines. There is some talk of TK1’s family history{TK1—>Is it weird no one questioned my Bible? And it needing to be as old as the crusades for the story to be more believable? I’m just asking? “Cause if it was THAT old I would have sold it in a heartbeat for all the cash it would be worth. As it turns out, after speaking to my mom, the bible is only from the 1700’s.} Also discussed, The Angry Ginger’s dibilitating condom injury, the proper use of c0(k rings{TK1—>Ginger has since bought 2! Want pictures?}, Ginger’s fascination with gay porn, some steamy spiced vag {TK1—>Which is as good as a bowl of chicken soup}, how using your cell phone could be hazardous to your heath, TK1’s speech impediments{TK1—>KINDERGARTEN! DARNIT!}, and an impatient mother, and so much more! Thank God we have Mr. KIA to hold down the fort or we’d all be in trouble!! {TK1—>I’ll tell you what he can hold! F’ing Know It All!}

So, sit back and laugh your a$$ off because this episode is completely off the charts!

***SPECIAL THANKS this week to ALL of our Twitter followers who have helped promote/distribute the podcast, which in turn has helped it grow.  Some of these people include, but are not limited to: @StephEloi (The Google Goddess), @ditzywoo, @nerdygirlpc, @Mich_1987 (London Bridges), @BeckySpldng, @dixidiamond, @Starry Towers, @GingerLove148, @DearOccupant, @douchef*** (Check his blog out, this dude can write), @Gustosapien, @DjRoKMuZiK, @mabeline12, @outerlmitz, @niksmyth, @CalebHolland,…And the list goes on and on and on and on…***

Have a quiz, survey, or test for us to take?  Send it to us, we’ll make a show out of it!  Have a story that needs to be told?  Have questions you want answered?  Need advice? Send us an email, drop us a line on Facebook, or post a comment right here in this blog post.

Wanna be a guest podcaster?  Do you live in the Grand Rapids area, or are you willing to drive to Grand Rapids?  Send us an email, drop us a line on Facebook, or post a comment right here in this blog post.