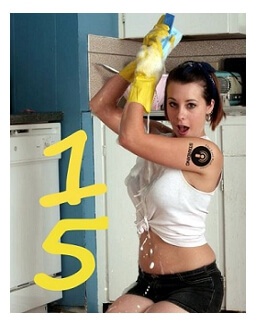 In this, the 15th episode of The Last Podcaster Standing,

“Shooting The Sh!t” this week, the guys discuss the bloopersode listenership or lack there-of, how to discuss genital grooming with kids that overhear them podcasting about genital grooming, and Joe and Grant have a go at it over the in’s and out’s of disciplining children. Also, an update is provided from the Stolen Malaysian Condoms story, and how using humor to deal with tragedies is not a bad thing. Unless it’s Japan. Then all of a sudden it’s off limits.

On SKYPE this week, the Jell-O Wrestler extraordinaire Althea (@Love_Gunn on Twitter) returns to school the boys in the fine art of cleaning houses… Naked. Nude. Sans any clothing.  And, just like last time, she waits until the end of the interview to drop yet another prior occupation bomb. Which ensures her return to the show.

In Headlines, a law is discussed that would remove the age limit from breastfeeding, the convenience of getting a gun permit while you get your haircut, a dad practicing his mad ninja skills gets arrested, and a woman who gives the term “Pocket Pu$$y” a whole new meaning.

In The Male Sack, Grant and the guys tackle an advice letter from listener Denisa Duca out of Itlay.And finally we read from the Glossary Of Perversion from our friends at GetOffended.Com… You sexy bast@ards!

You’re Never Too Old To Suckle

A Clip And A Gun

Uhhahahaaa….. uh, you missed a spot.