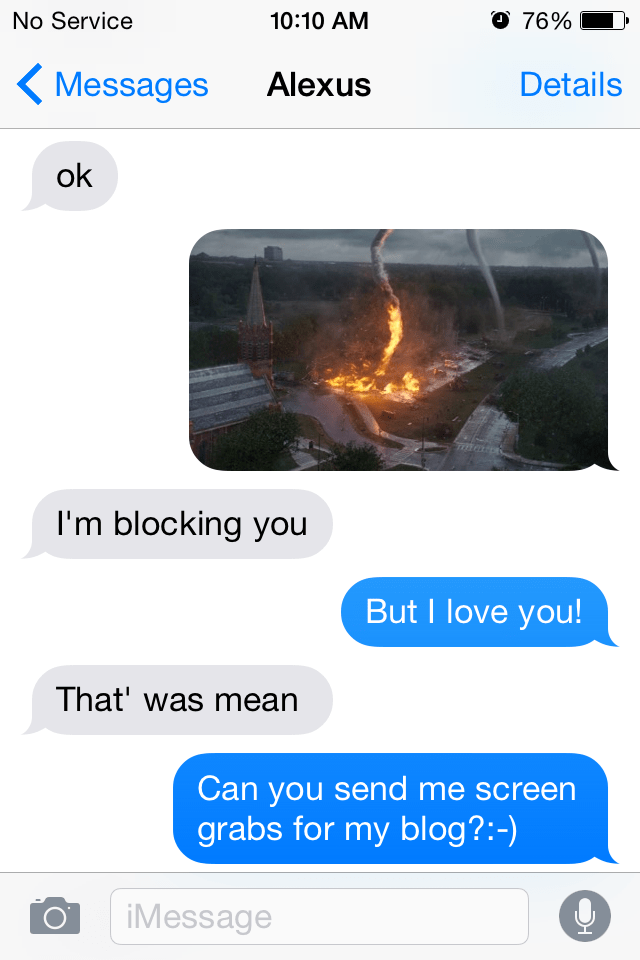 Being a parent is a tough job. I would venture to guess that not all of us “Adults” really have it figured out. We go about it, learning as we go. Hoping to hell we’re doing it right. Or at the very least, the best we can. We give out sage advice based on our years of wisdom. Some of it not so sage. Some of it having nothing to do with wisdom. Sometimes you may not even have the words, and sometimes, sometimes you’ve just gotta mess with your kids!

There isn’t much in this world that brings me greater joy than pulling a prank on my kids. If I can find a public arena to make a fool out of myself for the greater good of their embarrassment…I will do it in a heartbeat! I do this for two reasons. 1.) I like have a good time. 2.) Life can be a serious ass kicker…so you just have to live on the lighter side. I literally grew up a red headed step child. Pasty white skin, freckles, glasses, the whole nine. So I always worried about what everyone thought of me. Was I doing the right thing…would people talk about me behind my back, etc…etc…  I’m sure everyone can relate to that, but as I got older, I cared less. My oldest daughter Alexus has a lot of those same feelings I had growing up. Thankfully she got her Mom’s good looks!  While understanding how she feels sometimes, I try to do my part to make sure it’s not so scary. I can’t promise that I always succeed…but it’s always fun!

Recently Alexus went to Florida with her best friend over spring break, she had been vocal about some of her fears, such as how she was going to make the trip with no WiFi (I canceled all of our cell phones months ago, so she lived for a WiFi signal) and she was also worried about alligators getting her on the day that she was to visit the everglades. Teens have it so rough don’t they?  But in all of her preparation in how to work around these things…she didn’t see this one coming. I have to admit, neither did I.

This is actual evidence, PROOF if you will, of the conversation as it happened.

(Now I don’t want to paint a better picture by telling you that I was actually sitting on the porcelain bus driving the cleveland browns to the super bowl while this was all happening…so I won’t. But I will say, that if, in theory, Sh*t went down, I was in no better place.)

Full Disclosure: Alexus was most likely a little scared, but she’s also pretty damn witty when it comes to a conversation. I’d like to think she inherited that from me.  Having grown up on movies like Twister and Wizard of Oz to name a few, she knows the consequences of walking into a storm…of a conversation with her Daddy!
Also, the joy I felt by quickly googling “Into the Storm” for a quick pic of tornadoes causing mass destruction to send to her was probably more Dark Side than not…but her response of wanting to block me was priceless. Oh, I love being a Dad.