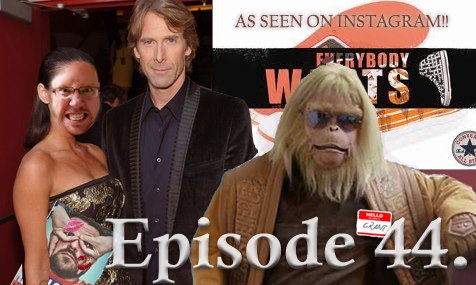 In this episode we get right into the meat of things…well after we get TK1 to put his Insta_Grants device down for a few moments. Seems this amature photographer is addicted to more than just converse shoes with feet in them!

Things discussed in no particular order…

The 7DAG Movie Challenge is discussed briefly, not really the project so much as a trailer that didn’t give “Credit” where “Credit” was due!

A Brief Chat about Bates Motel, Hannibal, Game of Thrones and Trailers Man of Steel and Thor 2!

TK1 sees Oblivion in a brand new theater! It’s an experince…and so was the movie.

Don’t forget to look for us on several internet radio stations! BadTomatoRadio, RadioFubar, Clutch and Wiggle Entertainment and Cornucopia Radio!