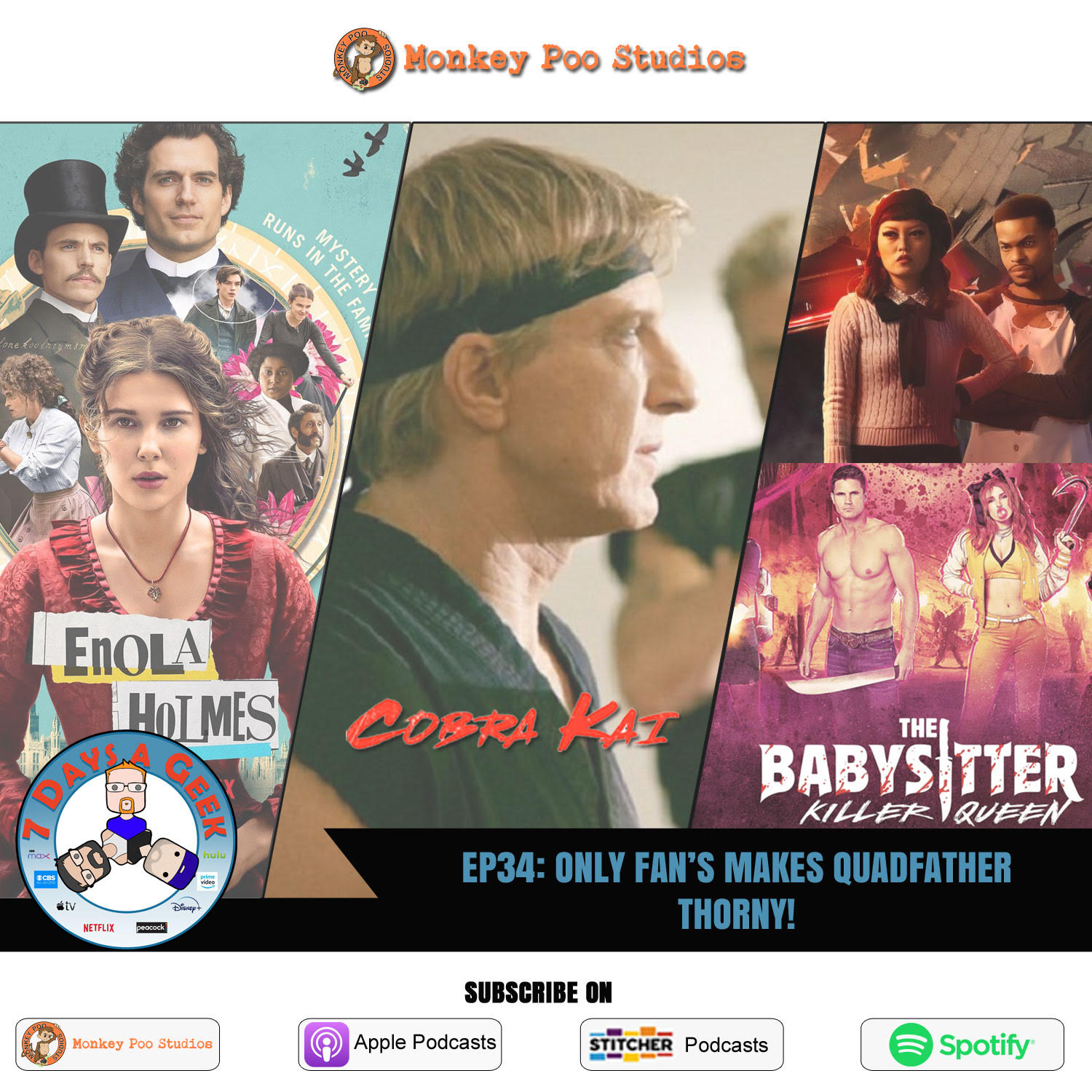 Coming to Netflix is Enola Holmes very soon is Enola Holmes. Yes we covered this last week, but we had some retractions, and corrections and …an actual trailer this time!

Speaking of TRAILERS, we also discuss Cobra Kai’s seasons 1 and 2 coming to Netflix immediately… and soon… SEASON 3. Also, The Babysitter is back and she’s bringing Bella Thorn and her Only Fans Problem!

In Weekly Watch Party the Angry Ginger brings Hardcore Henry but it may just be too Hardcore for these old gents to wrap their feeble minds around.

Last but not least, we Catch Up With The Geeks and this week Cole is changing his routine, Ginger checks out a new therapist and Quads power goes out!