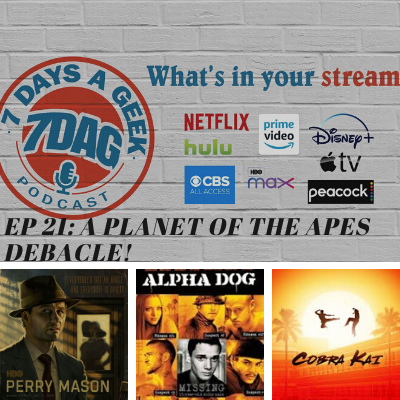 Ep 21: The Planet of The Apes Debacle

What are you geeking out about!?  In this episode we tell you exactly what you should be checking up on in the geek universe!  HBO MAX premiers Perry Mason and we give you our opinion as well as what you should be thinking as well! The geeks are still alive and well and haven’t let 2020 destroy their spirits or their lives just yet!  The movie Alpha Dog gets dropped into the weekly watch party meat grinder as Quad and NC give it some marinade.  Tune in to see what the score ends up being this round!  Also…..willy nilly time stamps included below!

16:45 Our Privates are in Space, Hunters and Nazi Scientists