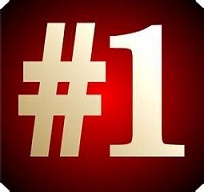 In this, the first “Bloopersode” of The Last Podcaster Standing,

The guys forego recording a new episode and instead had Producer Tom put together a compilation piece.  The first of many mistakes to come, this hodge podge of material gives a quick peek behind the veil of creating a podcast with a group of wankers who think their funny.  Believe it or not, we actually thought there was some stuff that was not good enough to air.  We may still be right.

This short listen includes clips from episode 0 (never posted), with Grant, Jason and Joe, before they knew how to work the audio equipment they spent $600 on.  Also included for your listening pleasure (’cause we know you love it), opening fails while trying to start the show, a few unused story moments (cut from previous episodes), short clips and rips, a special tribute to Jason “The Angry Ginger”, previously unaired content, and wrap up fails.  Here is audio proof that even we can’t get the name right without really trying…  A lot.

Congratulations to our very own Jason “The Angry Ginger”, who has won the titular title for the first 5 recorded and posted episodes.  He is “The Last Podcaster Standing”!  His off the cuff remarks, one liners and general enthusiam, has taken this program to hilarious heights and created great moments for the show and us.  He also wins best comment – “If you ate her out and went to sleep, you’d wake up with a loaf of bread in your mouth”.  Thanks Jay, we love you…  Even if you are a Ginger.