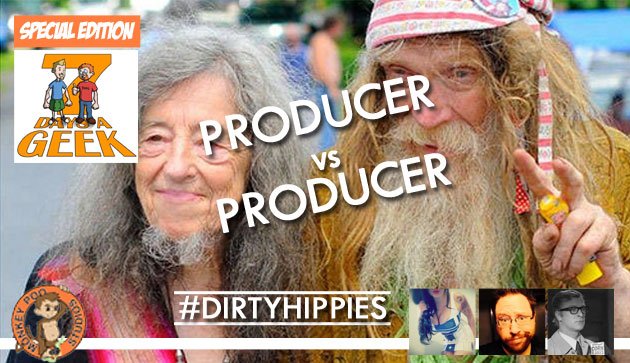 In shockingly what will be Producer Al’s first time on mic, on the 7 Days a Geek show, she joins The Angry Ginger and Agent Palmer, who’s mic is not muted this time for laughs aplenty. They discuss their early days of meeting, who’s the biggest hippie or hipster! In addition, this time it’s not Al that drops the bomb about Jello Wrestling…but the other producer who may have once upon a time in college, jumped in a co-ed pool to get his wrestle on …and a concussion? Is this story even real?