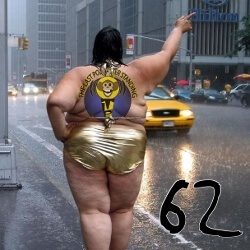 In this, the 62nd episode of The Last Podcaster Standing,

TK1 discusses how great the lighting was at Mr. Kia’s wedding, how excited he is for his wife to try new meat, and he finds further proof to build his case for Ginger’s Pregnancy Fetish! (That doesn’t exist!)Moving on over to the Land of Confusion.  We discuss Ginger’s days as a bartender tending bar at a bar that wasn’t the bar that he tended at but rather tending a bar that he got paid at…and tended at.  Though he did tend bar at the bar he didn’t tend at when he wasn’t getting paid to tend bar!  Everyone understand that? Good! *Deep Breath* You can find KIA out back by the dumpster looking for a bar of his own…and eating more crickets!I don’t want to give too much away folks but lets just say that after we leave the Land of Confusion, we head on over the Crazy House for another brief story (like we’ve ever told a brief story before.)  All I can say is her name is Tiffany, but I’ve never seen a Tiffany that had a 100% chance of having a penis!  Did you read that right?  A Penis?  If HOOKERS ever had HIGH HOPES then this one lost hers about 3 decades ago in the back seat of a used 1978 Nova.  With that said, if you cross this b**ch, She’ll F%$*ING kill you!-Angry Ginger

You Thought Cathoilics Were Pedophiles…

Back by popular demand The Glossary of Perversion

Have a quiz, a survey, or a story that needs to be told?  Send it to us, we’ll make a show out of it! Have questions you want answered? Send us an email, drop us a line on Facebook, or post a comment right here in this blog post.

When News Breaks, We Point And Laugh