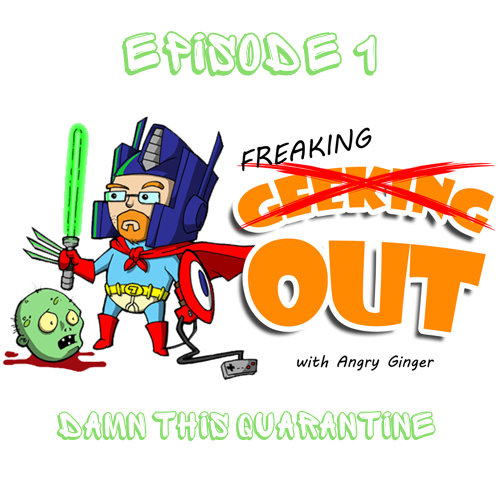 Geeking Out with The Angry Ginger-Episode 1:Damn This Quarantine

The first episode of my SOLO show! But I’m smart enough to know that nobody wants to hear just me ramble on for an hour by myself… so I secretly recorded phone calls and play clips from two upcoming Patreon Exclusive shows! You’ll hear 2 clips from On Hiatus, which is a new show that @Insta_Grants2 “TK1” and I have been working on for a few months. You’ll also hear a hilarious clip from That Silly A** Sh*t Show, featuring myself, @NeighborCole and some of my dearest pals. Press play on this and save yourself from the insanity of Pandemic Anxiety and the monotony of Social Distancing!

You know you want it

Why not get it now?