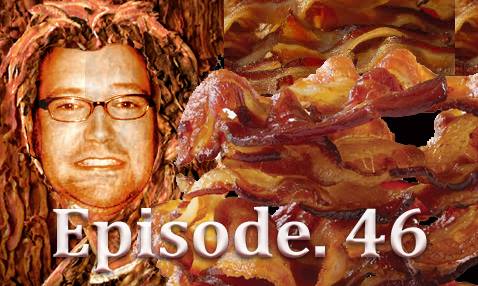 Episode 46 To Oblivion and Beyond with Extra Bacon.mp3

In this episode the guys gather in Monkey Poo Studios and immediatly get lost in some type of A.D.D. void! They try geeking out and moving on and then continue geeking out! That’s not a bad thing, that’s what we’re here for but it’s pretty chaotic at best!  Bacon gets his Stroke on, TK1 is all about the movies and Bacon remembers his love for TMNT! Jer has a clash with Tech Support over a Thermostat…yeah he’s a rebel. Angry Ginger can’t spit out a worth while movie discription to save his life but he does challange TK1 to a game of HORSE!

We also answer some voicemails and TK1 shockingly Instagrams like it’s the cure for cancer!