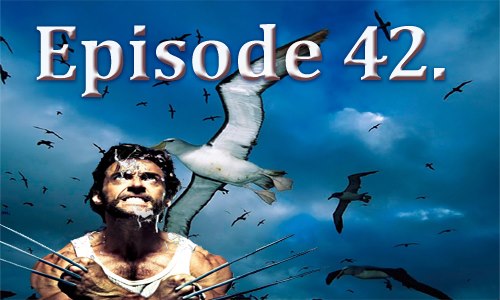 Episode 42 Wolverine and his Flock of Seagulls

In this episode, TK1 and I sit down together for the first time…since…the first time! Meaning we once hosted a podcast where it was only the two of us. So for roughtly 30 minutes, until Oz shows up…and show up he does….we talk about the movie we are going to make. I’m writing and directing while Grant is brave? enough to put on his Aces and do a little acting for us.

The subject of getting caught having sex by your kids comes up…and away it goes with more perversion and hilarity than a convicted sex addict could stand! It’s all in good fun people!

Then OZ stops by for the “What have you been geeking out about” segment and boy do we all geek out!

Wolverine, Batman, Robin, X-men, and animation…lots of good stuff for you to stick around and listen to!