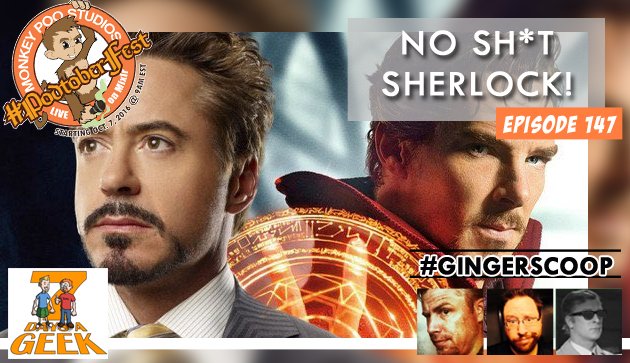 In this episode TK1 (The Kilted One) and The Angry Ginger discuss how a “Scoop” tweet went viral. Will Robert Downey Jr. show up in Dr. Strange? Ginger seems to have an answer.

Marvel greenlights another comic book series on HULU. Look for The Runaways coming soon. Want to know more. The geeks school ya.

All of this and more…but first TK1 has to decide whether his 7 year old son can read ALL of the Ultimate Spider-man run. Including the issue where Peter and MJ discuss taking each others virginity.