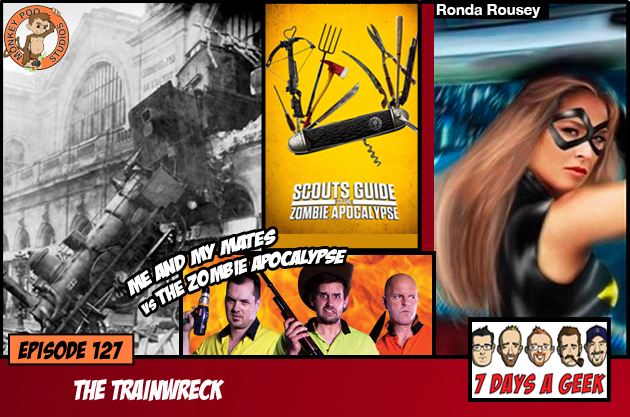 In this episode of 7 Days a Geek, we attempt to go live over mixler once again. With a chatroom loaded with listeners, and the skype lines filled with hosts, both TK1 in the diner studio and Angry Oz Geek in his Australian satellite studio, we make our bests attempts at geeking out!

There are a few drop points do to issues being worked out in Monkey Poo Studios, but through the magic of podcast editing, you shouldn’t be bothered too much.

In Geek Talk,  Ronda Rousey campaigns for Captain Marvel. A rumor runs rampant across the interwebs that The Joker may possibly have been Batman’s first sidekick in the new DC Film Universe and I can’t dispise thise idea more if I had a gun to my head. All this and so much more!

Lot’s of topics, tangents and geeking out in this episode, so press the play button and be sure you’ve subscribed!