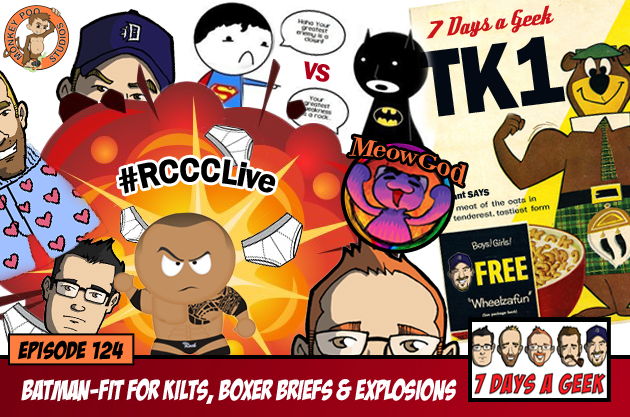 In this episode we talk Batman! No for real. Like we have bigger boner for Batman in this episode than the 1966 Robin did after his first ride in the Batmobile while sitting on the Dark Knights lap!

Speaking of “Man Crushes”, Grant the Kilted One, continues to gush over The Rock! But…not before actually revealing that he’s lost enough weight to yet again actually fit in said “Kilt” and live up to the title, yet again, of The Kilted One! TK1 for short!

We also dream aloud of actually having bits from previous episodes animated. Wouldn’t that be awesome!?

We also talk about Michael Bay’s new movie, and we end on some geek news and our thoughts on Ant-Man.

Wanna reach the Geeks? Join the “Legion of Geeks” via Social Media