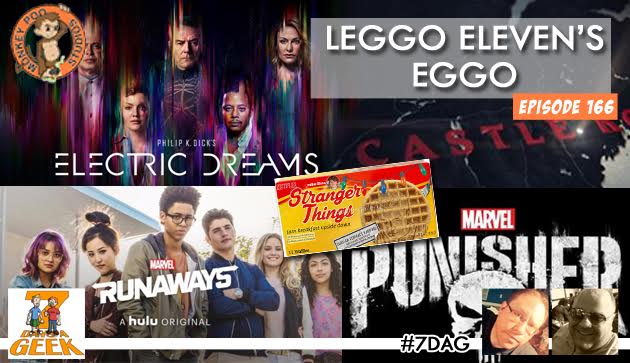 In this episode we celebrate Angry Ginger’s 40th birthday by not making a big deal about it. A brew is drank and as usual, things are Geeked out about!

Speaking of Hulu, for the first time ever they delve into the world of MARVEL and we discuss the trailer for The Runaways. Not to be confused with the 80’s rock bio pic with Dakota Fanning and Kristen Stewart.

The Punisher get’s a kick but new trailer too! Ohhhhh how sweet it is!

In Geeking Out we discuss

Hulu has a new documentary called the Too Great to Fail:The Dana Carvey Show. With a cast like Steve Carrell, Steven Colbert, Louis C.K. and Robert Smigel… you may wonder why it did!

We top the show off with our pick of the Top 5 David Fincher Films!