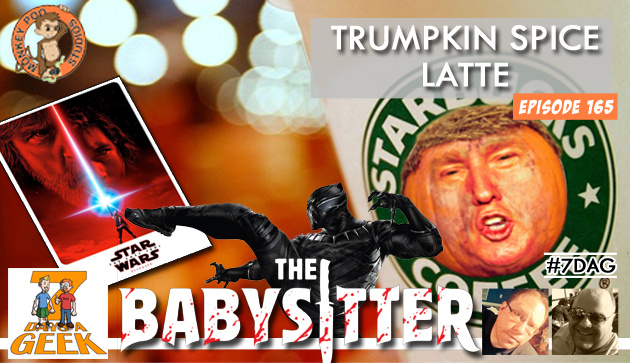 In this episode, Angry Ginger and Neighbor Cole battle technical difficulties with The Last Jedi and The Black Panther while sipping on some hot Trumpkin Spice Latte’s (non existent).

They Geekout over Netflix’s The Babysitter and The Meyerwitz Stories as well as play a game of One Question Quiz…but not before Cole shares some football follies.

In Geek News, Sacario gets a sequel, The Rock might just be a Pikachu, and Ron Howard finally, fully goes Solo!