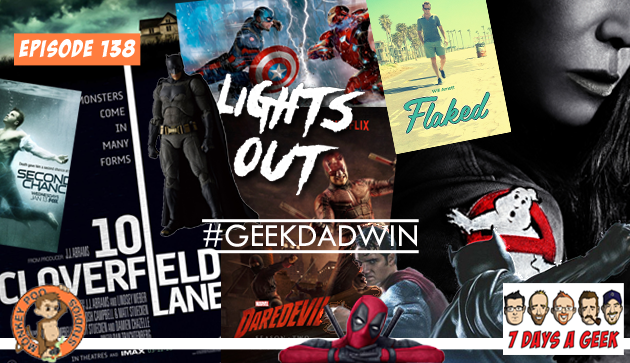 In this episode TK1 and The Angry Ginger Geekout over Netflix’s Flaked, Daredevil and Fox’s (Hit?) series Second Chance.

In trailers, both Lights Out and Ghostbusters gets some love.

Speaking of Love, we discuss that series on Netflix as well, Tom Green contacts an inmate for renting Freddy Got Fingered for far too long, and we wade through Grant’s raw sewage while whistling the Jurassic Park theme song!