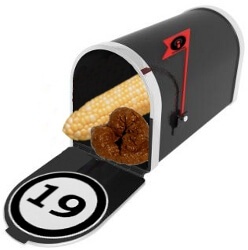 In this, the 19th episode of The Last Podcaster Standing,

In this weeks “Shooting The Sh$t”, The Sniper is on his much needed vacation this week, but still takes the time to Skype in 2 or 3 times. 2 or 3 times because the internet in his hotel SUCKED! His seat is temporarily filled by newcomer Brandon, also known as Darryl and longtime friend of our very own Mr. KIA. Joe calls in to tell us his vacation goings on, which include a vehicular breakdown, a trip to Wal-Mart, and a run in with some Orthodox Jews. Ginger discusses briefly and without much detail, his father’s employment with the top secret organization known as Disney. As always the guys find time to recycle “old age” jokes at The Kilted One because they are lacking in new material. And finally, The Kilted One exacerbates his already strained relationship with Mr. KIA, by risking his children’s life and demanding an apology for his proper usage and spelling of the word “exacerbate”… Which as it turns out The Kilted One was in fact right about.

“Headlines” this week include a man akin to Mr. KIA, whom, so distraught over politics, punches himself in the face. Also included a postman who delivers sh$t on time, a man who loves Wal-Mart so much he can’t wait to get home, and a cat who uses 8 of his 9 lives in one shot.

As always, thank you to our friends at GetOffended.Com. for providing us with The Glossary Of Perversion It’s a book you should own. You NEED to own. Find it on their website. Along with the book you’ll find vinyl stickers, t-shirts, hoodies, and even panties! If you have a little dirty in ya, check’em out. If ya don’t have a little dirty in ya, check’em out and they’ll put some in ya. They also give good tweet! Do follow them on twitter under the names @getoffendedcom and @getoffendedBone

Other TWEETERS who have Podcasts you might enjoy AFTER you listen to ours…Or unless you wanna save the best for last…Your call either way… Each of the following has a good show and each has a different voice…CHECK’EM OUT- @barelysarcasm, @IAintEvenMadPod, @ParkingLotPod, @Gustosapien, @comedicalchemy, @somebodyfunny, @Never Zero Podcast, awkwardpodcast…If I missed some of you, which is not far from impossible for me, let me know and I’ll add you in.

Too Dumb To Punch Someone Else

I Like Big Butts And I Can Not Lie

Neither snow nor rain…