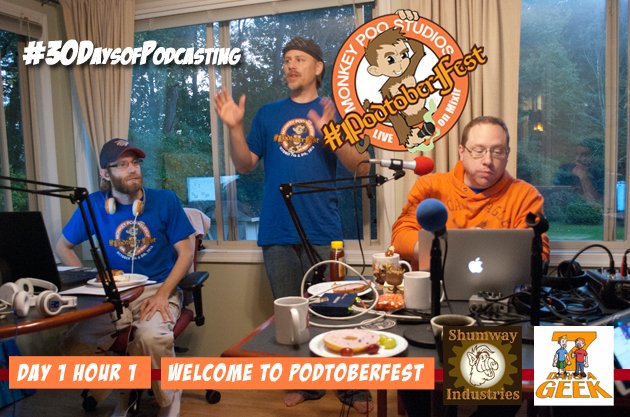 Good Morning World, this is Hour 1 of the Podtoberfest show from October. It’s our version of a “Morning Show”. Get introduced to a good portion of Shumway Industries who sits down with us to make this geeky 24 hour podcast marathon.

Also hear funny discussions on this:

Want your very own Podtoberfest T-shirt? Support us for $20 a month at Patreon and we’ll send you your very own T-shirt to wear to all the most important of your life events!