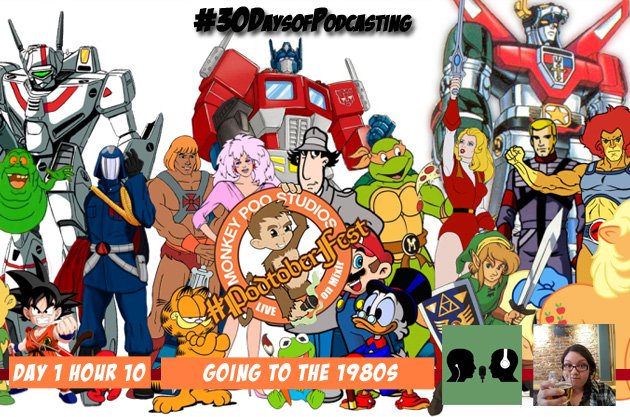 In today’s episode we play some 1980’s trivia. Fellow podcaster, Diamond Dave, has famously admitted to missing out on a lot of things “Geek” growing up so he compiles a list of both 80’s live action television shows as well as cartoons and the Podtoberfest crew spends the hour guessing whether he’s seen it or not. Tangents, and theme song singings abound…. join us for another fun filled episode of 7 Days a Geek.

Wanna support the geeks! Want your very own Podtoberfest T-shirt? Support the show over at Patreon.com/monkeypoostudios and you can have one!

This hour sponsored by Jenn Anaya The “Gif Pimp” and the Pop Culture infused Sports podcast Reasons are Several!