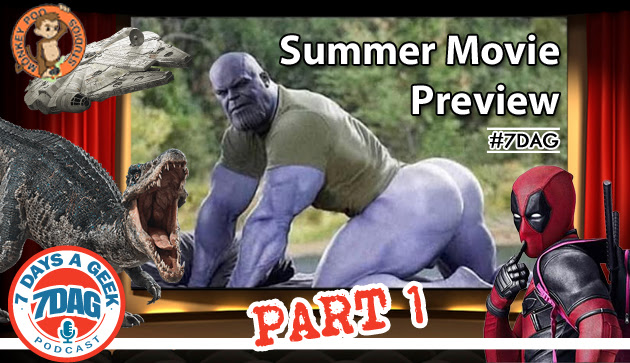 In this episode we discuss the films being released in May and June.

Look for Part Two Next Week!

If you haven’t yet, please take the 3 episode challenge and try one of the other Monkey Poo Studios shows!

To those of you that support me on Patron…. I thank you so much!

The intro Music “HEY” that’s played during the “Coming Up on 7 Days a Geek” is made possible through Bensound.com